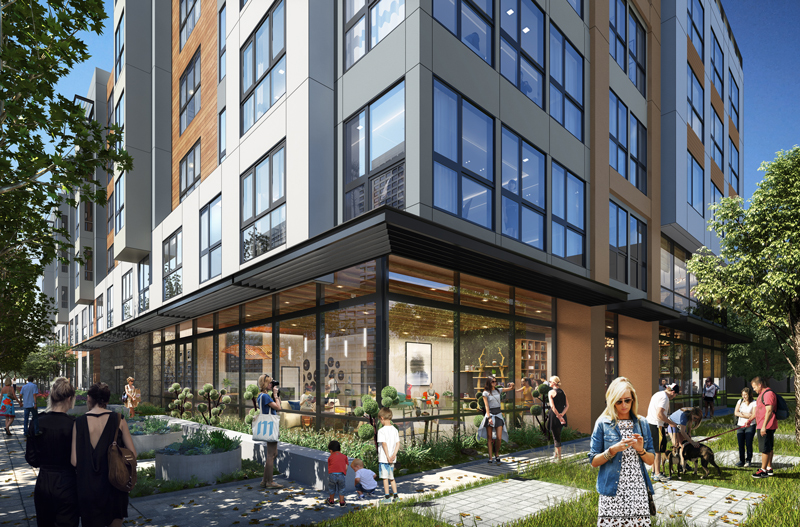 1095 Rollins Road is located between Cadillac Way to the west and Toyon Drive to the east. The project contains 5 levels of Type IIIA construction over 1 level of Type I construction, all over a 1 level subterranean garage. The project consists of 150 apartment units and a total of 195 off-street parking spaces, 175 of which would be available through an automated stacking mechanism. 10% of the apartments (15) will be designated affordable for moderate income households. The development includes a Leasing Center, Fitness Facility, and Residents' Lounge.

The building’s massing is broken into several components through depth articulation along the façade, and a mix of building materials which present a varied façade to the street. The project includes a podium courtyard and three roof decks available to all residents.

This TOD is 0.3 miles from the Broadway Caltrain Station, and is also accessible from SamTrans. The City’s Broadway Millbrae Shuttle stops at the intersection of Broadway and California Drive, adjacent to the Caltrain Station. Bicycle routes along Carolan Avenue and Broadway allow for easy access from the project site to Downtown areas and the rest of the City.